In order to fully take advantage of the fact that an application is available worldwide, one must first localize it properly. Depending on the application, the region, and a host of other factors, the process of localization itself may change and require different amounts of resources.

Apple provides iOS developers with a number of different tools and utilities that significantly reduce the burden cost of localization. Using the NSLocalizedString macro together with .strings files is (and rightly so) considered a standard nowadays, but relying solely on the two can sometimes lead to suboptimal solutions. In this post I would like to demonstrate a way to handling localized strings that have to deal with plural forms.

Sooner or later, almost every application displays a string the contents of which depend on the quantity of some particular item. A naive implementation of such a scenario would look something like this:

As it turns out, it is far from being legitimate (assuming that we want to have an application that is, or can be, easily localized into multiple languages). Different languages have different rules for plurals and a generic approach to dealing with plural nouns is much more complex than one supporting only English. I strongly encourage everyone to have a quick look at the description of these plural rules available here. Perusal of this document is a truly eye-opening experience when it comes to revealing the hidden complexities of a seemingly straightforward problem.

Because of this complexity, dealing with all possible scenarios by creating additional branches of code would be cumbersome to say the least and totally unmaintainable in the long run due to the rising number of localizations. It would also require a non-trivial amount of work on the part of the programmer every time an application would start supporting a new language. Fortunately, Apple provides us with a utility that addresses this specific problem.

Introducing Apple’s Solution for Working with Location of Plural Nouns

How to deal with the localization of plural nouns in iOS. 🎯

Starting with iOS 7 and OS X 10.9, Apple began including .stringsdict files that allow us to specify how a particular string should look like when dealing with different quantities of an item or items. Details of the format in question are outlined here.

Let’s start with a simple scenario and pretend that we need to display a string presenting the number of software engineers at work. 👷 Unfortunately, Xcode doesn’t provide a template for .stringsdict files, so we must create one from scratch.

The easiest way to do that is by adding a new file using the ‘Property list’ template and naming it Localizable.stringsdict (It is also possible to use names other than Localizable but this requires using NSLocalizedStringFromTable macro instead of the simpler NSLocalizedString macro). In Xcode, choose File -> New -> File and choose Property List from the dialog:

After the file is created, remove its .plist extension added automatically by Xcode:

The contents of the created file look something like this:

In order for Apple’s plural noun localization magic to work, the file must be filled with couple of entries (my custom templates add all of them automatically to make it faster 🏎). Here’s an example of what a filled file looks like:

A couple of comments regarding the contents of the file:

To work around the cumbersome process of creating .stringsdict files, I created a custom Xcode template that makes the entire process really straightforward. 😉 It prefills the created files according to the requirements outlined above, which makes the whole process a lot faster and less error prone. It is available here and can be installed using the Alcatraz plugin manager.

In order to take advantage of the created .stringsdict file, we have to use the NSLocalizedString macro. Example usage is presented below:

As we can see, we get properly localized string without introducing any branching into the code. That’s awesome. 🎉

.stringsdict files help out a lot with simple scenarios (such as the one described above) but they’re of even greater help when dealing with more complex ones. Let’s imagine that our localized string depends on two numbers – we want to create a string that says how many adults and children are present. The .stringsdict file for such a scenario would look like this:

Example usage of of such a .stringdict file is outlined below:

We get nine different strings depending on the values passed during the string initialization process. All of this without even one branch in code. 😄

Dealing with localization of plural nouns in iOS. 🎯

Working with plural rules isn’t as simple as it may seem. Their naive implementation for multiple languages leads to unmaintainable code. To address that specific problem, Apple developed a new .stringsdict file format. Although the initial setup for .stringsdict files isn’t as simple as it could be, it’s still the best solution for dealing with localized plural nouns in the long run.

Need help with your app? Drop us an e-mail to discuss the development process of your app. 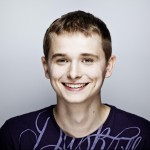 END_OF_DOCUMENT_TOKEN_TO_BE_REPLACED

Creating stretchable image views with cap insets is a common problem. Many people don't know that it can easily be achieved in Interface Builder without writing a single line of code.