UI tests are here to stay, so we are all moving towards using them in our applications. Although, in general, an application shouldn’t know if it’s running inside a UI test, there are reports in the wild of UIRefreshControl causing an error during UITesting. Namely:

We couldn’t use UITableViewController, so we decided to make our application aware of whether it is being run inside a UI test environment and use it at least until Apple fixes the problem with UIRefreshControl.

First, we tried to use one widely known technique to check whether an app is being unit-tested:

But it turned out that XCInjectBundle doesn’t get injected into the environment inside UI tests (at least when directly running the test). Our next approach was to modify the environment in Test Scheme Settings, but those aren’t forwarded to the application either.

Finally, we decided to take a look at XCUIApplication. This is part of the UI Testing framework and is described as a “proxy for an application.” XCUIApplication contains the property launchEnvironment which can be used to inject environment variables into the tested application.

In order to notify the application that it is being run inside a test, you can modify the app’s launchEnvironment to contain some known key:

And then check for the existence of this key using standard practices:

This is a hackish solution, but sometimes we are forced to use these sorts of approaches by system bugs and other external constraints.

21 Books On Business, Design and Development Every Entrepreneur Should Read
Improving Notification Center 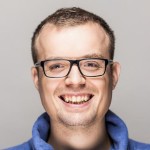