As you know, we love networking with people, so both April and May have been chock full of meetings, traveling, and building new relationships.

First of all, we attended the TNWEurope conference in Amsterdam – one of the leading events for online businesses and forward thinkers. We had an opportunity to hear about the latest innovations in the online world and to meet such great start-ups as Proved, One Diary, Strudel, Rocki, and many more.

The theme of the conference was “Power to the People” and, to be honest, we felt like a revolution was in the air.

The feeling was reinforced thanks to amazing speakers like Luis von Ahn, who kicked off the first day of the conference with a very interesting talk about Duolingo. The way he spoke about exchanging free language tuition in return for its users translating some texts was really impressive. Not only because very few people are actually aware of that opportunity (despite having the app on their phones and using it on a regular basis) but also because it seems to be such a brilliant idea in a world where so many people are hungry to learn new languages but can’t afford to take classes. But the cast of inspiring speakers does not end here. Brian Solis spoke about the future of business and how to change user experiences through the development of our products. Brewster Kahle gave a really interesting talk about the value of non-profit organizations, Stefan Molyneux discussed cryptocurrencies like Bitcoin and suggested that these self-limiting currencies may be our route to a genuinely free and fair society. Nir Eyan explained how to build habit-forming products using the Hooked theory. And that’s only some of the talks I’ve seen, of course there were many more amazing speakers.

All in all, TNW Europe was a great success that gave us an opportunity to meet and exchange thoughts with a lot of people from all over the world, people who understand the importance of sharing good practices in business as well as in our private lives, which, coincidentally, is also one of Macoscope’s core values.

After paying a visit to Amsterdam we went to Berlin, where Berlin Web Week was taking place. Macoscope is a part of the Tash platform (meant for connecting people with ideas with talented teams) and Tash, being a part of Heureka conference, allowed us to participate in the latter as well. We and several other companies had a working space and several booths where we all had a chance to meet people from start-ups and talk their ideas over.

The day after the conference we teamed up with Szymon from Monterail (our friends skilled in the art of backend development) at Berlin’s Betahaus in order to create an interactive workshop on finding the ideal outsourcing partner. We’ve divided the workshop into two parts, first we had a short (~20 minutes) talk during which we highlighted most common and prevalent risks encountered when outsourcing, then we went on selling hints on how to “do your homework” before you start spending money (AKA how to evaluate your potential future partne). After the talk we’ve switched to something like a “Ask Us Anything” session, during which participants asked questions about potential caveats, issues and problems encountered when looking for or during an ongoing cooperation with an outsourcing partner. We’ve had questions about payment models, a little bit of working with agency vs. freelancers, building own team vs. outsourcing during early stages of building a product and lot of others. Thank you for your participation, it was great!

As Wojtek already mentioned, it seems like there’s a lot of stuff happening in Berlin – hope to see you soon. 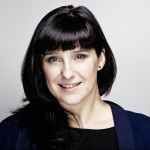 END_OF_DOCUMENT_TOKEN_TO_BE_REPLACED

How to Address and Solve Team Issues Quickly and Effectively?

Over the past 6 months our team expanded from 15 people to over 30+ and, as one can imagine, we experienced the entire range of issues that can stem from such a growth.