In my last article on the redesign of Nozbe for iOS7 I focused primarily on the imperfections that managed to evade our scrutiny when we shipped our last update of the app. The piece turned out to be extremely important to our Nozbe team. It stirred up a lot of emotions as it focused on our mistakes and oversights and that’s always hard to accept. But it left us with a lot of motivations and determination to keep our promises: we fixed all the bugs and everything that annoyed our users the most, also patching up a few “cosmetic” things in the process.

We’re happy with the improvements we made, but we still have a lot to do. Following the precepts of the Japanese kaizen philosophy, we’re trying to achieve perfection through continuous, minute improvements. We’d like to take this opportunity to thank our users participating in this “process” for their observations, vigilance, and patience. 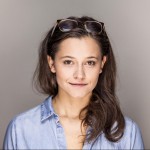 Agata
Radzińska Chief Wellbeing Officer who believes in people, minimalism and movement with the right attention.

We decided to gradually introduce iOS 7 concepts into our apps. Nozbe, a sophisticated app for fans of GTD (Getting Things Done) with task and project management capabilities, was the first one to get the iOS 7 treatment. We started out by removing unnecessary details which served a purely decorative purpose. This, in turn, put the focus back on key elements like content and usability.

END_OF_DOCUMENT_TOKEN_TO_BE_REPLACED

After the release of Bubble Browser for iPad, it seemed quite natural to take one step forward and adjust Bubble Browser for the iPhone. On the one hand, we doubted whether an iPhone version was really necessary. On the other, we wanted to go with the flow. Furthermore, Conopy team asked us to create something cool for their Sensus case. That’s how it happened.